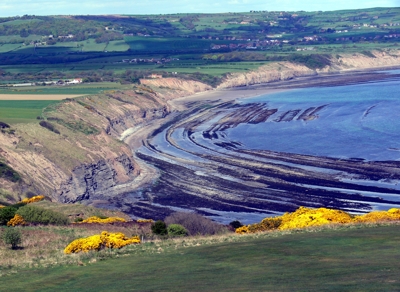 A dome in the Jurassic at Robin Hood's Bay, north of Scarborough 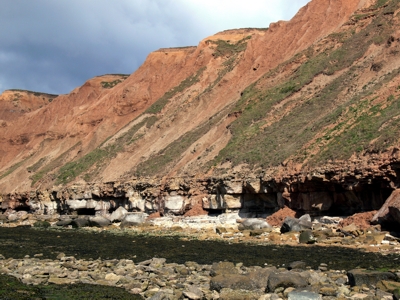 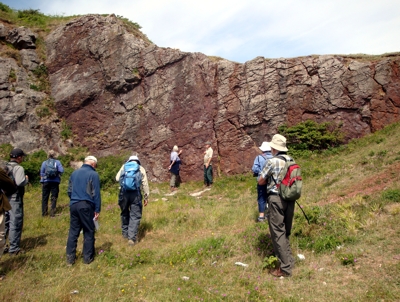 The Over Kellet Monocline - 15 August 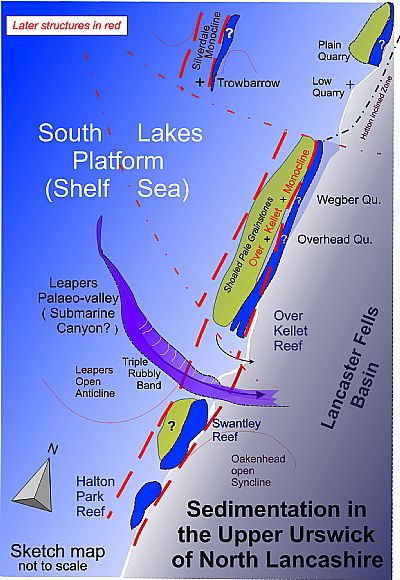 (This sketch was used  in the Field Trip summary by PRT and is included here
to help those who could not see the detail on the map in the field.) 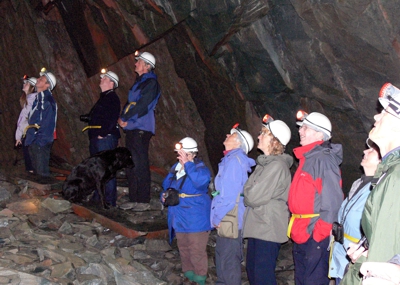 The Society at Honister Slate Mine 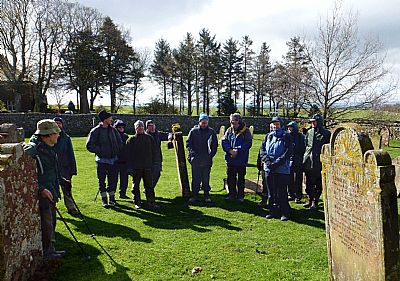 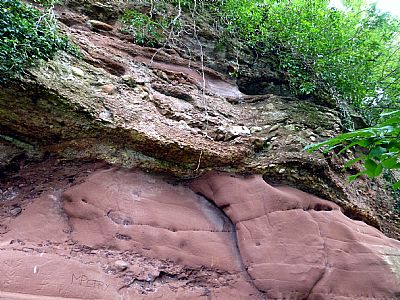 This site is on the western bank of the River Eden at Low House (2 miles N of Armathwaite). The rocks are here are Lower Permian fluvial sandstones with an overlying conglomerate (brockram) that was deposited by a wadi. 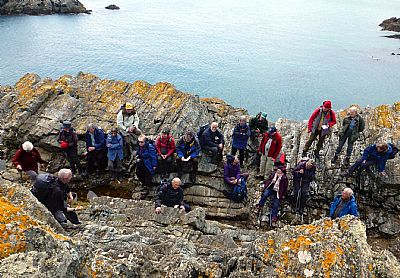 A group photograph of Anglesey summer excursion attendees on the South Stack Group. The deposits here are meta-sedimentary rocks situated on the Rhoscolyn Anticline