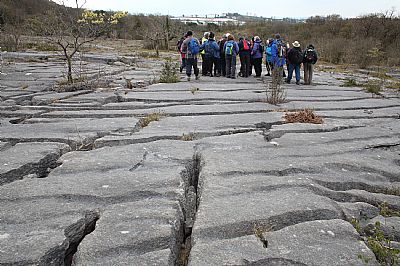 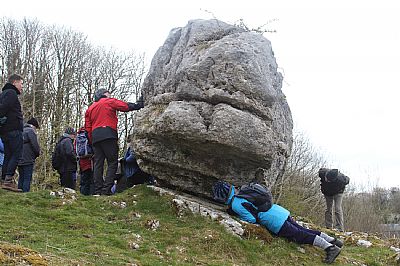 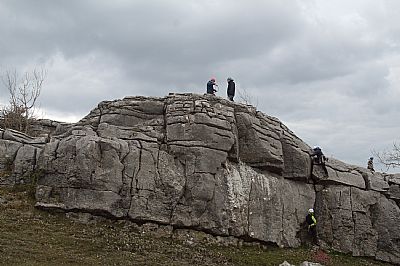 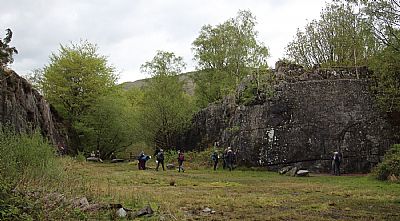 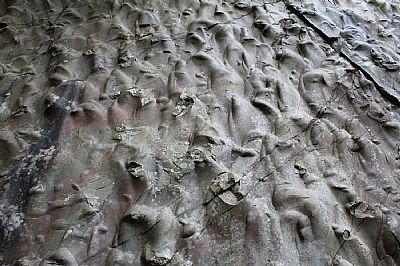 Flute casts at Eccle Riggs Quarry. Which direction was the current flowing? 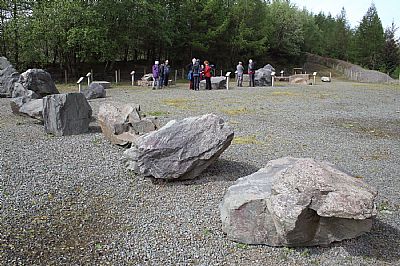 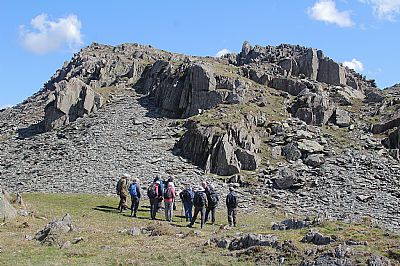 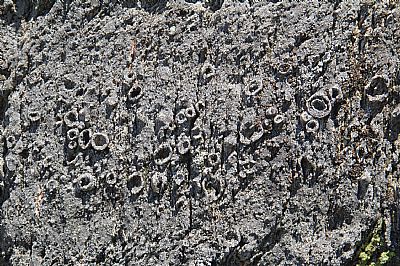 Accretionary lapilli in the Caw Formation 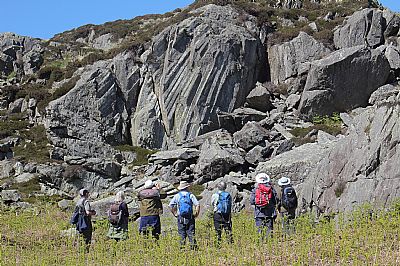 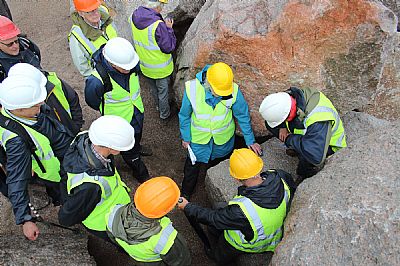 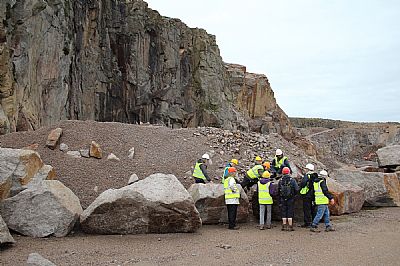 Examining one of many superb granite blocks 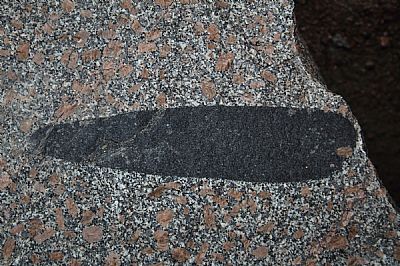 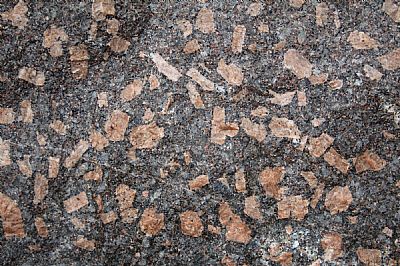 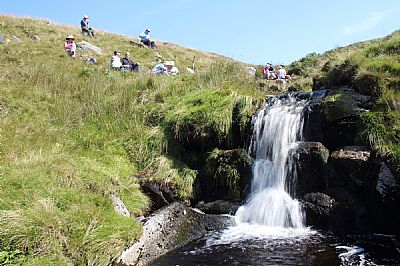 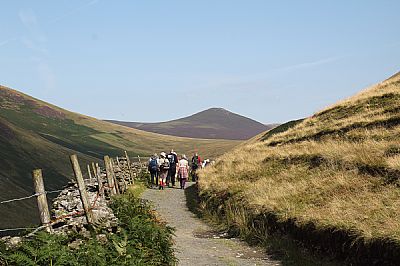 WGS heading north into the Aureole 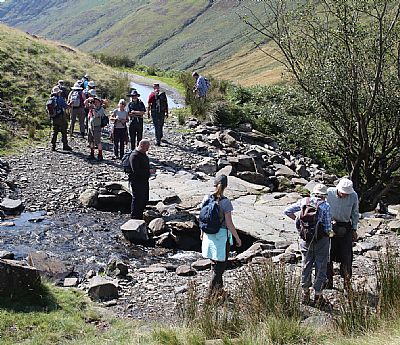 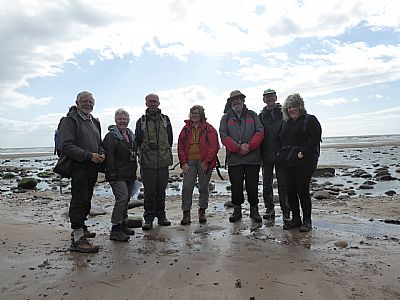 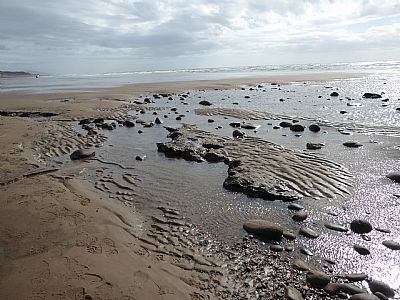 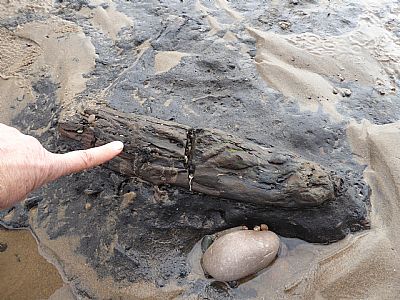